The role of exosomes in cancer drug-resistance

Chemotherapy, one of the principal approaches for cancer patients, plays a crucial role in controlling tumor progression. Clinically, tumors reveal a satisfactory response following the first exposure to the chemotherapeutic drugs in treatment. However, most tumors sooner or later become resistant to even chemically unrelated anticancer agents after repeated treatment. The reduced drug accumulation in tumor cells is considered one of the significant mechanisms by decreasing drug permeability and/or increasing active efflux (pumping out) of the drugs across the cell membrane. The mechanisms of treatment failure of chemotherapeutic drugs have been investigated, including drug efflux, which is mediated by extracellular vesicles (EVs). Exosomes, a subset of EVs with a size range of 40 – 150 nm and a lipid bilayer membrane, can be released by all cell types. They mediate specific cell-to-cell interactions and activate signaling pathways in cells they either fuse with or interact with, including cancer cells. Exosomal RNAs are heterogeneous in size but enriched in small RNAs, such as miRNAs. In the primary tumor microenvironment, cancer-secreted exosomes and miRNAs can be internalized by other cell types. MiRNAs loaded in these exosomes might be transferred to recipient niche cells to exert genome-wide regulation of gene expression. How exosomal miRNAs contribute to the development of drug resistance in the context of the tumor microenvironment has not been fully described. 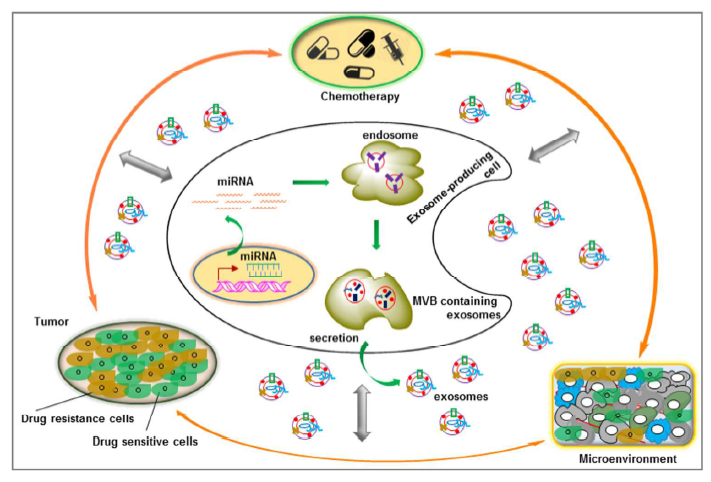 The proposed function of exosomal microRNA in the regulation of tumor progression and chemotherapy resistance. 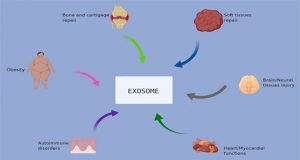 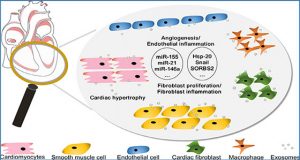 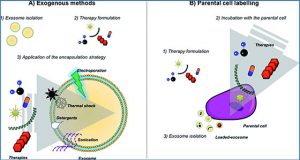 Use of exosomes as vectors to carry advanced therapies 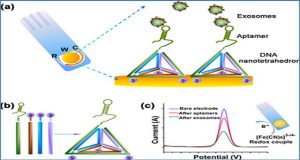 Exosomes as a source of cancer biomarkers: advances in electrochemical biosensing of exosomes 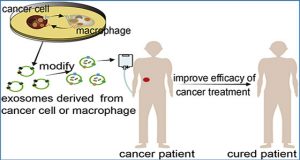 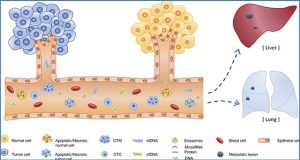 Application of liquid biopsy for surgical management of pancreatic cancer