Purification of virus-like particles and separation of other extracellular particles

Researchers at the University of Natural Resources and Life Sciences Vienna developed a chromatographic procedure for purification of HIV-1 gag VLPs produced in CHO cells. The clarified and filtered cell culture supernatant was directly processed on an anion-exchange monolith. The majority of host cell impurities passed through the column, whereas the VLPs were eluted by a linear or step salt gradient; the major fraction of DNA was eluted prior to VLPs and particles in the range of 100-200nm in diameter could be separated into two fractions. The earlier eluted fraction was enriched with extracellular particles associated to exosomes or microvesicles, whereas the late eluting fractions contained the majority of most pure HIV-1 gag VLPs. DNA content in the exosome-containing fraction could not be reduced by Benzonase treatment which indicated that the DNA was encapsulated. Many exosome markers were identified by proteomic analysis in this fraction.

HIV-1 gag VLPs purified by (A) sucrose density gradient centrifugation and anion-exchange chromatography eluted at low (B) intermediate (C) or high salt concentration (D). The scale bar corresponds to 500 nm in (A) and to 100 nm in (B) to (D). 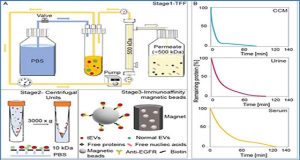 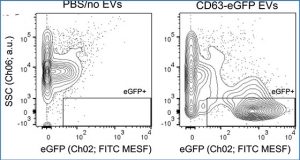 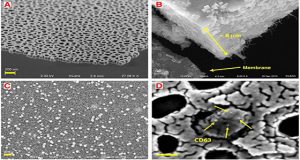 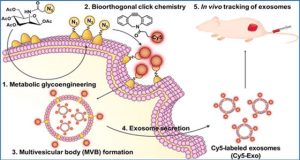 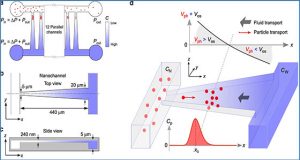 Size and surface charge characterization of nanoparticles with a salt gradient 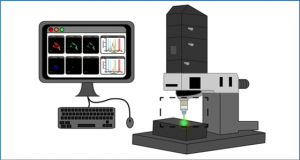