Backspliced circular RNAs (circRNAs) are prevalent in many eukaryotic systems and are spliced from thousands of different genes. Where examined, circRNAs are often highly stable and the mechanisms by which cells degrade and/or clear circRNAs from the cells are unknown. Here researchers from the University of Colorado investigated the possibility that cells can eliminate circRNAs into extracellular space, possibly within released vesicles such as exosomes and microvesicles. From three different cell lines and examining multiple circRNAs, they show that extracellular vesicle (EVs) preparations recovered from cell culture conditioned media contain established circRNAs. Moreover, these circRNAs are enriched over their linear counterparts within EV preparations when compared to the producing cells. This supports the idea that expulsion from cells into extracellular space, as by EVs release, can be a mechanism by which cells clear circRNAs. Moreover, since EVs can be taken up by other cells, excreted circRNAs could contribute to cell to cell communication. 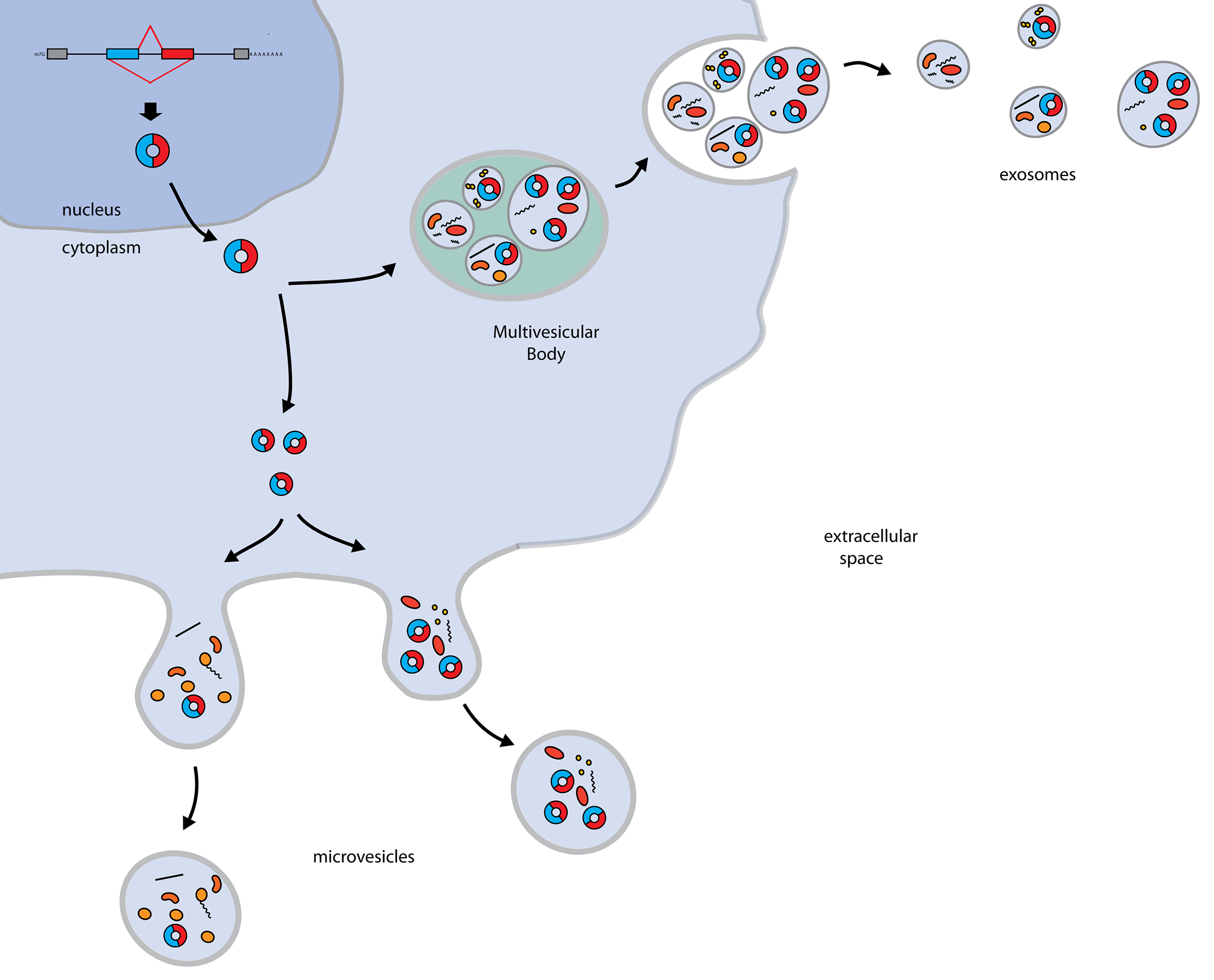 circRNAs formed by nuclear backsplicing events are eliminated from cells by incorporation into vesicles that are released, such as exosomes or microvesicles. 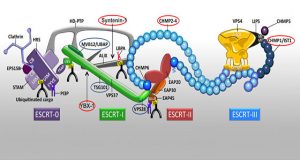 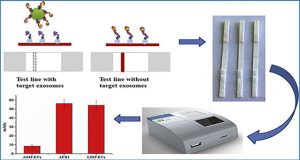 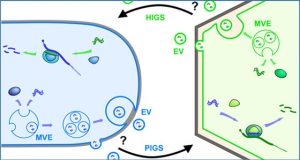 Inside-out – from endosomes to extracellular vesicles in fungal RNA transport 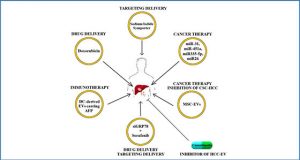 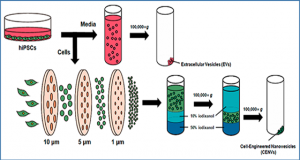 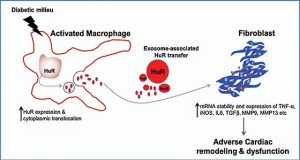 Exosomes from patients with major depression cause depressive-like behaviors in mice with involvement of miR-139-5p-regulated neurogenesis.
Unique microRNA Signals in Plasma Exosomes from Pregnancies Complicated by Preeclampsia.