The physiological role of miRNAs is widely understood to include fine-tuning the post-transcriptional regulation of a wide array of biological processes. Extensive studies have indicated that exosomal miRNAs in the bodily fluids of various organisms can be transferred between living cells for the delivery of gene silencing signals.

Here, researchers from the Sichuan Agricultural University illustrated the expression characteristics of exosomal miRNAs in giant panda breast milk during distinct lactation periods and highlighted the enrichment of immune- and development-related endogenous miRNAs in colostral and mature giant panda milk. These miRNAs are stable, even under certain harsh conditions, via the protection of extracellular vesicles. These findings indicate that breast milk may facilitate the dietary intake of maternal miRNAs by infants for the regulation of postnatal development. The researchers also detected exogenous plant miRNAs from the primary food source of the giant panda (bamboo) in the exosomes of giant panda breast milk that were associated with regulatory roles in basic metabolism and neuron development. This result suggested that dietary plant miRNAs are absorbed by host cells and subsequently secreted into bodily fluids as potential cross-kingdom regulators. In conclusion, exosomal miRNAs in giant panda breast milk may be crucial maternal regulators for the development of intrinsic ‘slink’ newborn cubs. 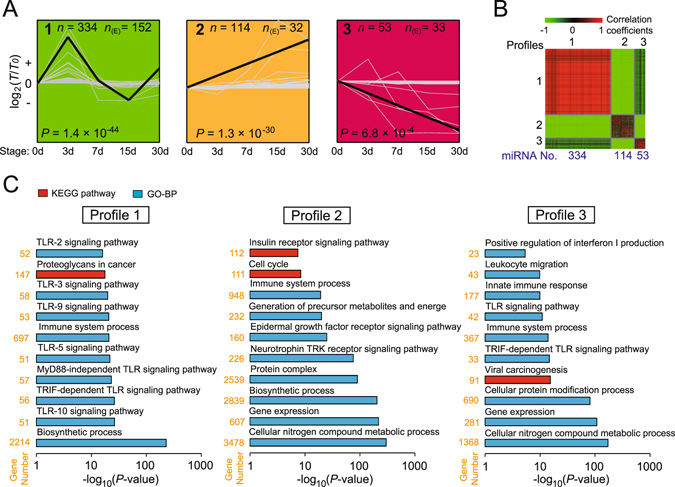 (A) Three profiles that have significantly more miRNAs assigned under the true ordering of time points compared to the average number assigned to the model profile in the permutation runs (non-significant profiles are not shown). The upper left represents the serial number of the cluster, the lower left represents the P value (Fisher’s exact test), n represents the number of genes assigned, and n (E) represents the number of genes expected. All expressions were log2-transformed. (B) Heat map of significant profiles. Gene pairs that are positively or negatively correlated are shown in red or green, respectively. (C) GO categories and pathways enriched for target genes of significant model profiles. The P value, indicating the significance of the comparison, was calculated using the Benjamini-corrected modified Fisher’s exact test. 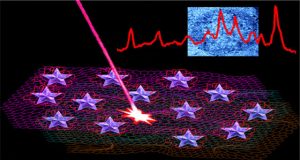 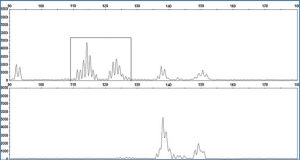 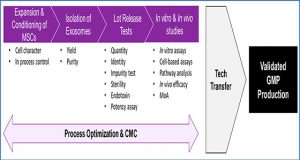 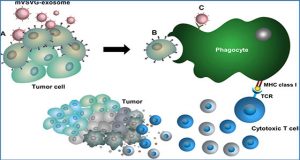 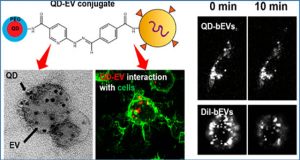 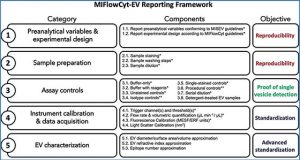