Codiak BioSciences, a company at the forefront of advancing engineered exosomes as a new class of biologic medicines, today announced that it has entered into two strategic collaborations with the Ragon Institute of MGH, MIT and Harvard to investigate the potential of its exoVACC vaccine platform in (1) SARS-CoV-2, the virus that causes COVID-19, and in (2) human immunodeficiency virus (HIV). As part of the sponsored collaboration research agreements, Codiak researchers will work with Bruce Walker, M.D., and Gaurav Gaiha, M.D., D.Phil., of the Ragon Institute to build integrated exosome-based vaccines aimed at inducing broad neutralizing antibody and antigen-specific T cell protection against the viruses.

“Drs. Walker and Gaiha are luminaries in antiviral vaccine research. We are honored to collaborate to combine exoVACC with their T cell antigen prediction algorithm and biological assays in an attempt to tackle some of society’s most pressing diseases,” said Douglas E. Williams, President and Chief Executive Officer of Codiak BioSciences. “ExoVACC allows us to deliver multiple complex antigens and adjuvants, activating the key arms of the immune system to produce comprehensive immunity against the virus, similar to patients who recover from the infection. Specifically, the ability to target immune responses to the lung and other mucosal surfaces where infection occurs could represent an advance in the fight against SARS-CoV-2 and future SARS coronaviruses.”

exoVACC is Codiak’s proprietary and modular vaccine system that utilizes the unique properties of exosomes to deliver antigens and adjuvants simultaneously and selectively to the same antigen presenting cells (APCs), driving an integrated innate, cellular and antibody-mediated immune response. Utilizing its engEx™ engineering platform, Codiak can incorporate within a single exosome multiple complex antigens and adjuvants, as well as cell-targeting ligands and immune co-stimulatory molecules to potentially enhance and shape an immune response.

For SARS-CoV-2, Codiak will collaborate with the lab of Dr. Gaurav Gaiha, Associate Member at the Ragon Institute and Instructor of Medicine at Harvard Medical School, to evaluate the ability of exoVACC to induce neutralizing antibody and antigen-specific T cell responses in the lung and other mucosal surfaces where SARS-CoV-2 may initiate infections. The Walker/Gaiha lab will provide Codiak SARS-CoV-2 antigens identified using the Ragon Institute’s innovative computational methods that integrate network theory and structure information to predict highly conserved, structurally constrained T cell epitopes for use in antigen-specific vaccines. Codiak will generate combinatorial exoVACC candidates directed against these T cell epitopes and validated B cell epitopes, which the Gaiha lab will then evaluate for specificity and potency. If successful, the exoVACC candidates would be ready for efficacy assessments in animal models of viral infection. This work is being funded in part by an Evergrande COVID-19 Response Fund Award, which was granted to Codiak and the Ragon Institute by the Massachusetts Consortium on Pathogen Readiness.

“We are thrilled to work with Codiak BioSciences. We believe that by integrating our expertise in cellular immunology with Codiak’s versatile exosome vaccine platform, we have the potential to develop a highly innovative and effective vaccine for SARS-CoV-2,” said Dr. Gaiha.

For HIV, Codiak will collaborate with the labs of both Drs. Gaiha and Bruce Walker, founding director of the Ragon Institute of MGH, MIT and Harvard and the director of the Harvard University Center for AIDS Research. The Gaiha and Walker labs will provide Codiak HIV antigens identified again using the Ragon Institute’s innovative computational methods. Codiak will generate exoVACC candidates directed against one or multiple T cell epitopes, which the Gaiha and Walker labs will then evaluate for potency.

After the initial phase of work is completed, Codiak has an option to negotiate exclusive licenses for technology developed under both collaborations. 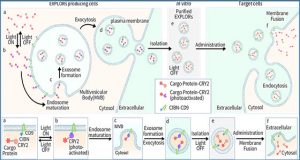 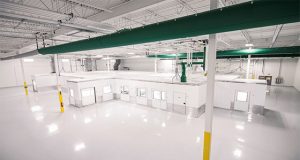 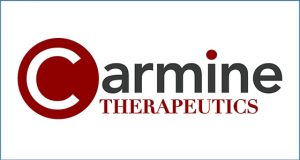 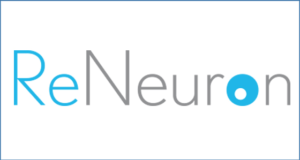 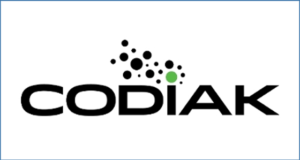 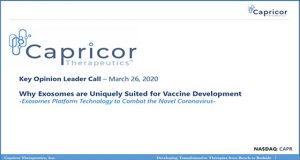